The dahlias we grow are too beautiful to be displayed somewhere where no one will see! In this blog, I will share some tips to creatively show off their beauty for maximum appreciation.

The thing about dahlias is that they usually have straight stems and the flowers usually point outwards like a sunflower.  Put these in a wide neck vase and they lean downwards, looking at the floor like naughty school-children.

The solution is to put them in narrow necked containers that hold them upright like soldiers on parade.  Glass bottles are perfect for this.  I have a little collection of bottles – a mixture of fizzy pop bottles, preserving bottles and even tiny milk bottles.  I have been known to put pretty ones in my handbag at restaurants but my favourite is a Dandelion and Burdock pop bottle reminiscent of my youth.

Arranging couldn’t be simpler.  Just fill them up with water and put a stem in each.  Stand back and take a look at it, cutting the stem further if it looks unbalanced or if you think it might topple the bottle. Some of the larger flower heads such a ‘Cafe au Lait’ or ‘Labyrinth’ are pretty top heavy.

Bung it in a vase approach

There’s not much to say about technique here – you simply cut the stems and put them one by one into a vase of clean water.  The great thing about dahlias is that amassed in a group, the big heads become self supporting.  In each case, though, the choice of vase in important.  The vase should ideally not have a neck wider than the base.

Each of these three arrangements took less than 2 minutes to create, the smaller jug less than a minute.  I didn’t pay much attention to which flower to put where, or even which colours to put in each vase.   Apart from white dahlias – which I find more difficult to arrange alongside bright colours – I have never found one which really jars with its neighbours.  In fact the brash clash is a good look.

Of course, if you’re looking to blend your arrangement with a certain home interior or table colour scheme you may want to think a bit more carefully.  The arrangement at the back has a paler vibe, despite the fact that it contains the very bright orange and pink dahlia ‘American Dawn’.  The pastel colours of ‘Henriette’ and ‘Cafe au Lait’ set the tone here.

The small arrangement in the foreground has more luxurious deeper tones and contains dahlias ‘Mambo’, ‘Bishop of Llandaff’, ‘Karma Choc’ and ‘Thomas Edison’.

1. Prepare your vase – I chose a wide earthenware bowl in brown tones to offset the autumnal browns, pinks and oranges of my flowers.  The diameter of the bowl is too wide to arrange heavy flowers easily.  I rolled up a large square of chicken wire into a ball and placed it into the bowl to support the stems and make placement easier.  Go carefully when you bend the wire or wear gloves as the cut ends are very spiky.   Another option would be to cut floral foam and put it into the bowl to secure the stems.  Don’t forget to fill the bowl with water.

2. Arrange foliage into a loose triangle shape – I used three stems of copper beech that had fallen from a tree as these had a burnished tone that I thought would look good with my flowers.  I chose what I think is called an Isosceles triangle for an informal look or you could go equilateral if you like symmetry.  I then put more foliage in between to bulk out the centre and provide the overall shape for the arrangement.

3. The dahlias came next. As each one is essentially a dense block of colour they don’t look right suspended airily above the design.  I therefore put them fairly low in the arrangement, some touching the edge of the bowl, and grouped together as if to ‘ground’ the arrangement.  Don’t be scare to put two of the same colour together – this can often look better than a contrived even distribution of colour across the arrangement. I used Dahlias ‘American Dawn’, ‘Henriette’, ‘Cafe au Lait’ and ‘Karma Fuchsiana’ here.

4. Next came some airy plants to lighten the appearance of the arrangement.  I used a garden Persicaria, which has long pinky red flowers that are essentially stubby spires.  I also added some rust red Zinnia ‘Red Lime’ as I had some in the garden and they added small buttons of colour in a contrasting shape to the dahlias.

5. Finally I added a touch of autumn using some rose hips cut from a rambling rose.  Any berries would do though.

6. Keep the arrangement topped up with water and it should look good for 3-4 days.  If any of the dahlias begin to wilt you can gently pull them out and replace with another fresh from the garden.

This is a fun idea which came to me as I considered the shape of the ball or pompom dahlias.  Pompoms are mesmerising to look at up close, the symmetry of the petal arrangement a joy to behold.

These glass balls are all the rage at the moment and mimic the spherical shape of the pompoms.  Popular for succulent and air plant displays, they are easy to buy online or from florist suppliers and gift shops.

When I first tried this I found that the pompoms naturally sat too low in the glass spheres, whereas I wanted their middles to be central to the front window.  I therefore used a bit of moss in the base of the glass to raise each flower slightly.

I cut the stems of each dahlia very short but still left a 3-4cm piece of stem to enable it to suck up some water.  Once cut, I slowly pushed each dahlia through the window.  As you do this the petals can be pushed forwards slightly so make sure to gently pull it forwards again to correct the petals.  Once you’re happy with the arrangement, tip the sphere backwards and pour in 1-2 cm of water.  This will keep the flowers fresh for 3 days. 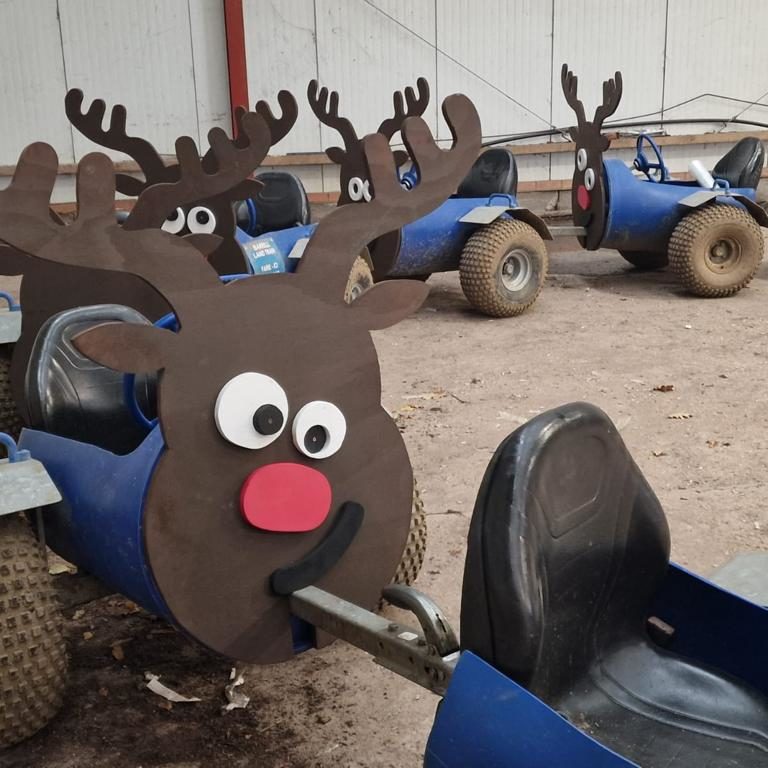 Elves Getting Ready For Secret Christmas 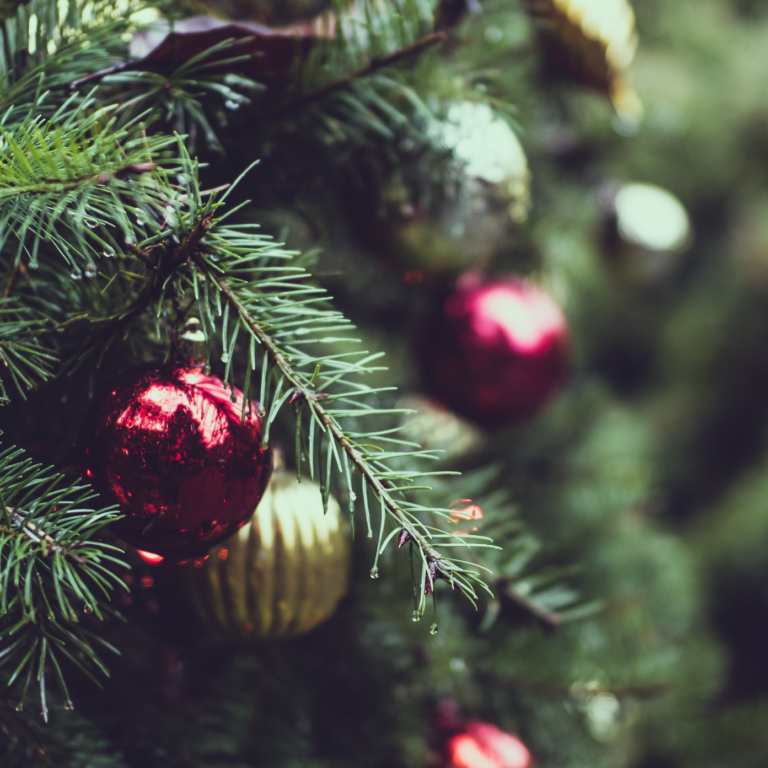 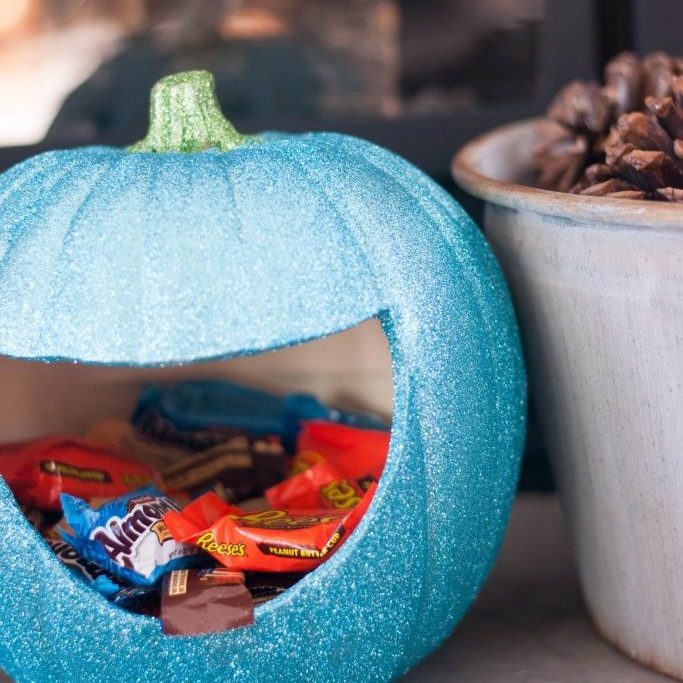 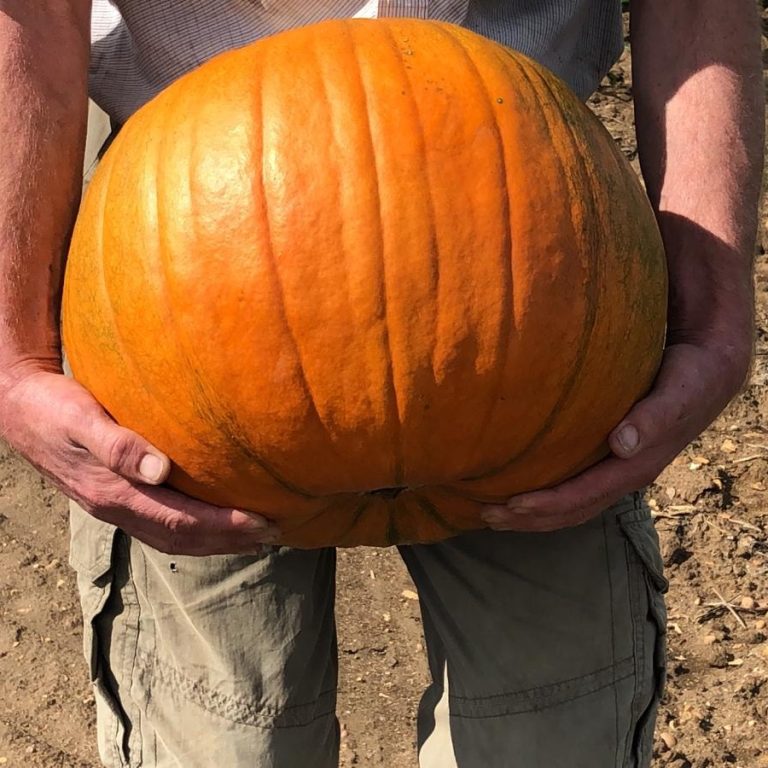 Grow your own pumpkins

How to harvest sunflower seeds 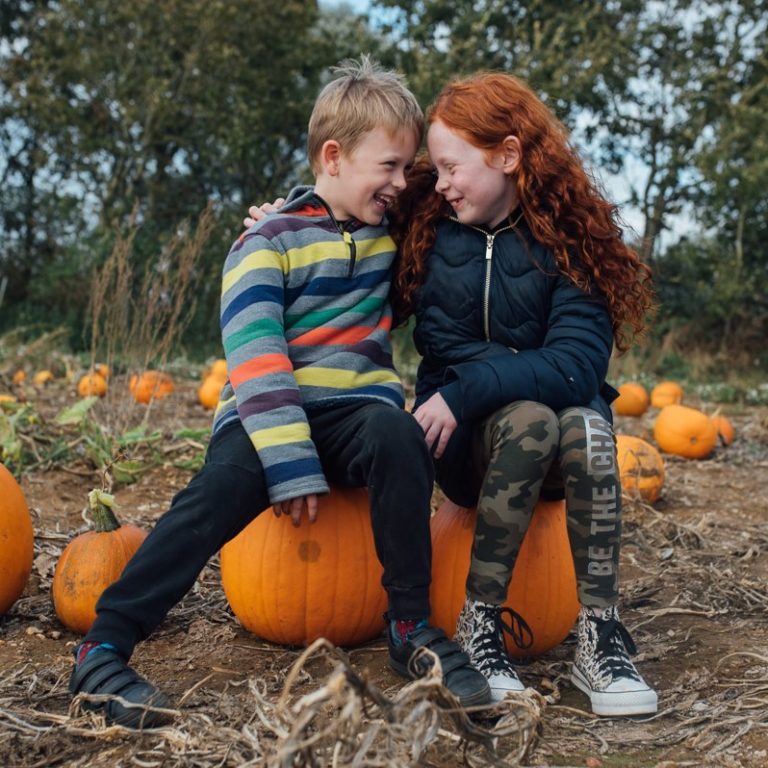 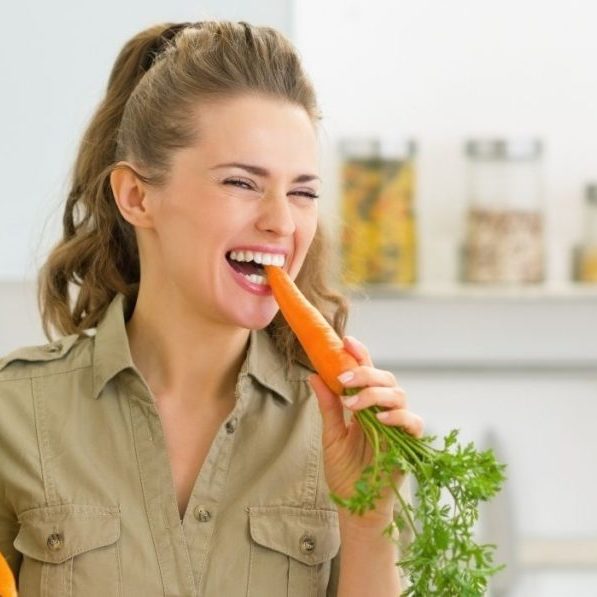 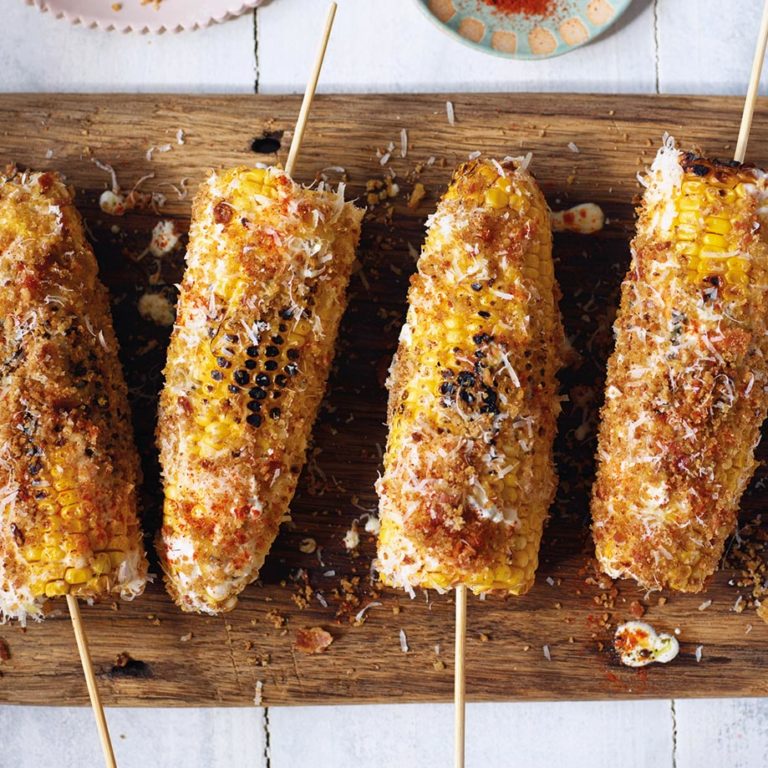 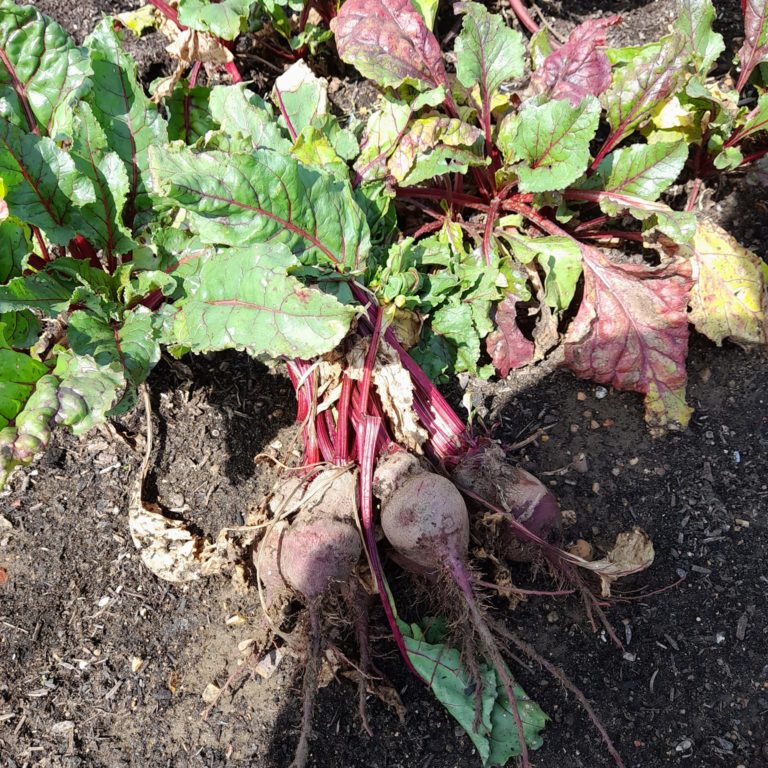 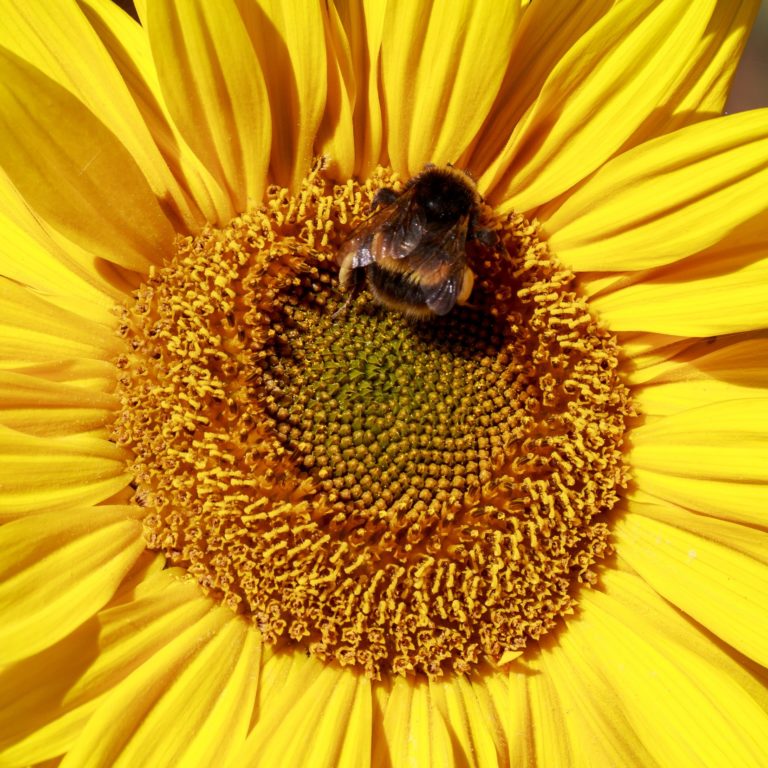 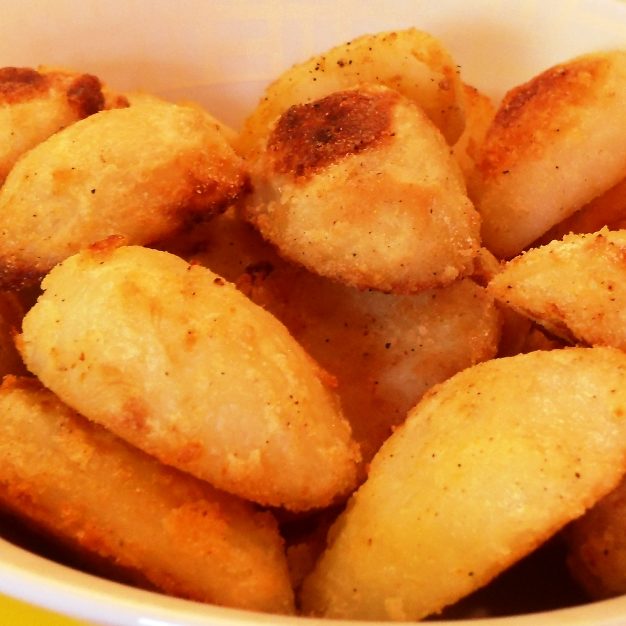